The 2012 JASNA Annual General Meeting in Brooklyn has been reported so extensively by the national media (see the October 10 and 16 posts for links) that I'm going to forgo my usual AGM post in favor of a photo essay focusing on my own favorite moments and people.  The photos were taken by either Syracuse/Rochester Co-RC Lisa Brown, Syracuse Regency Beau Ed Voytovich, or myself. 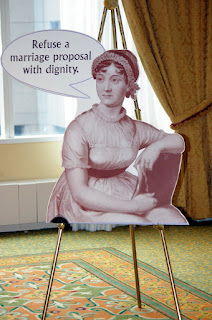 First and foremost, we had Jane Austen herself on hand offering good advice. 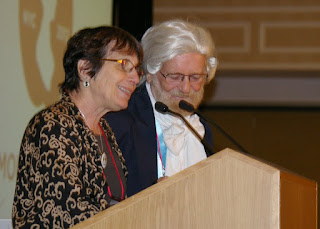 AGM Co-Coordinators Nili Olay and Jerry Vetowich, along with Special Events Coordinator Kerri Spennicchia (not shown), have been working like stevedores for the past several years to ensure that this AGM would be a success.  Three hearty huzzahs for Nili, Jerry, and Kerri! 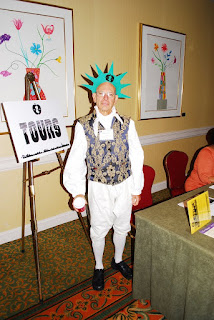 Green "Statue of Liberty" caps identified all of the New York Metro Region's helpful volunteers (who were augmented by several reinforcements from the Rochester and Syracuse Regions).  Michael Levin, husband of Meg Levin (one of NYM's Co-RCs), models the cap plus an extremely dapper Regency waistcoat. 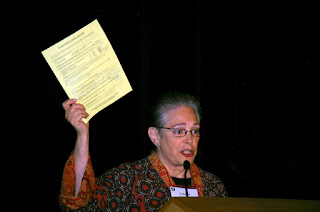 NYM's other Co-RC, Linda Dennery, was the conference's mistress of ceremonies. 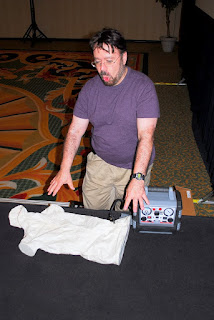 A small flotilla of volunteer models, dressers, and stagehands assisted in making Lisa Brown's "Dressing the Miss Bennets" the crowd- and media-pleaser it so deservedly was.  Here, Tom Grande of Rochester inflates one of Lisa's mannequins with the aid of a compressor. 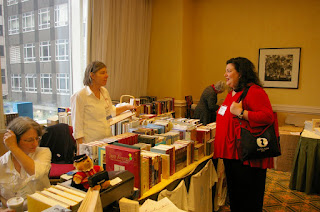 Another of the hardest-working people at the conference was Jennifer Weinbrecht (second from left),  of Jane Austen Books, here chatting with a customer in the Emporium.  The customer is carrying one of the distinctive black and red 2012 AGM tote bags. 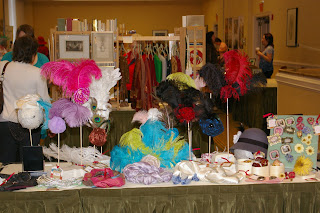 Some of the Emporium's more frivolous wares! 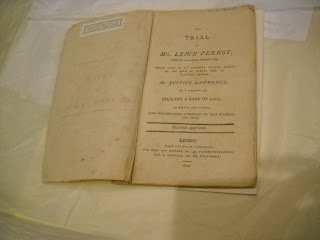 One special session that I thought should have gotten more attention than it did was an exhibit of items from the Jane Austen's House Museum in Chawton, Hampshire, that people were encouraged to handle and examine closely.  Here's a copy of a pamphlet describing the 1799 trial for shoplifting of Mrs. Leigh Perrot, JA's rich and eccentric aunt. 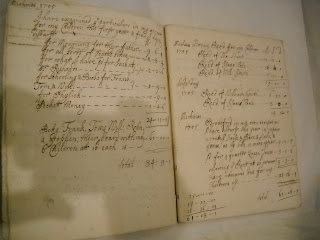 And this is the account book of JA's great-grandmother Elizabeth Weller Austen.  Elizabeth was first left a widow with seven children at an early age, and was then practically disinherited by her wealthy father-in-law in favor of her eldest son.  (Shades of Sense and Sensibility!) Elizabeth bravely went out to work--at a time when extremely few women did so--and saw to it that her other six children were brought up respectably.  Her meticulous accounts were a vital part of this effort. 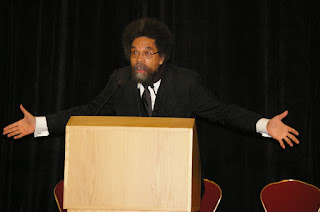 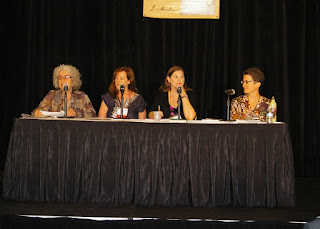 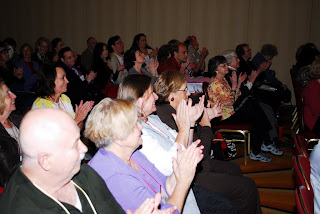 At my breakout Saturday afternoon, "Sex, Power, and Other People's Money: The Prince Regent and His Impact on Jane Austen's Life and Work," I got a very warm reception.  I'm most grateful to the members of my audience--which included many friends from the 2009 JASNA tour of England, from earlier AGMs, and from all the NY State JASNA Regions--for their support. 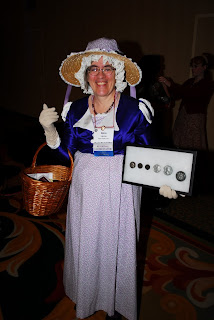 Meg Levin, who introduced me at the breakout, shows off not only the commemorative medals I brought to pass around, but her own elegant Regency attire! 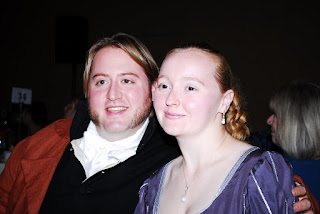 And then it was time for the banquet, promenade, and ball!  Here, Jason Flay and Nadia Vedder of the Syracuse Region enjoy the banquet. 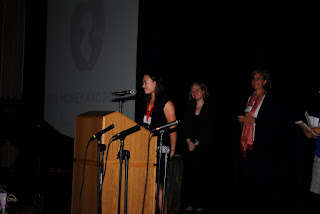 Mary Pinkes--also of the Syracuse Region, although now a student at Mount Holyoke College--accepted her first-place essay contest award at the college level during the banquet. 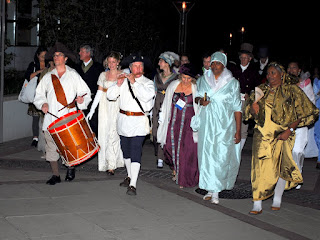 A drummer and a fifer led us on the promenade. 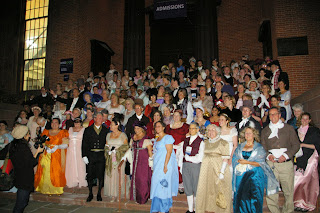 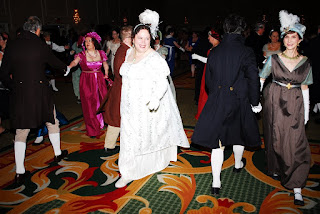 Dancers of all ages and skill levels enjoyed the ball, from our own dance expert Lisa Brown... 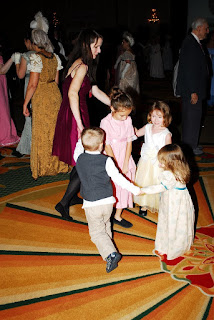 ...to the littlest Janeites! 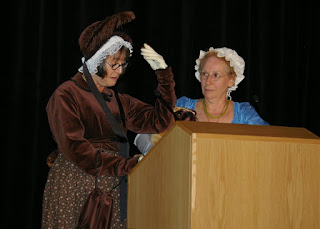 Finally, at Sunday brunch, we had the usual preview of coming attractions.  Here, Elaine Bander as Mrs. Norris deplores the quantity of butter and eggs that will be served at the 2014 AGM in Montreal. Leslie Eiser as Lady Bertram, accompanied by Pug, looks on bemusedly. 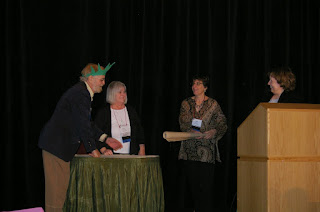 And Jerry and Nili prepare to hand over the AGM banner to Gail Parker of Minneapolis (second from left) for the 2013 AGM.  Iris Lutz, national JASNA President, looks on at right.