JASNA Syracuse Meetings for This Autumn

On Saturday, September 27, at 2 pm, in the Sargent Room of the Liverpool Public Library (310 Tulip St., Liverpool), we’re delighted to have calligrapher Mike Warner of Rochester speaking at our Michaelmas meeting. Mike, who is a former president of the Genesee Valley Calligraphy Guild in Rochester and a student of historical calligraphy styles, will give a presentation about pens, inks, papers, and handwriting in Jane Austen’s era. Mike’s presentation to JASNA Rochester in March was much enjoyed there, and we look forward to welcoming him in Liverpool.

Below, a quill and inkwell of the type JA would have used, displayed on her small writing table in Jane Austen's House Museum in Chawton, Hampshire. Photo courtesy of Meg Levin, JASNA-New York Metro's co-Regional Coordinator, who took it during the 2009 JASNA tour of England; these  special tours are one of the many benefits of JASNA membership.  (And in case you're wondering about the red thing at lower left, that's your own Regional Coordinator's rain jacket!) 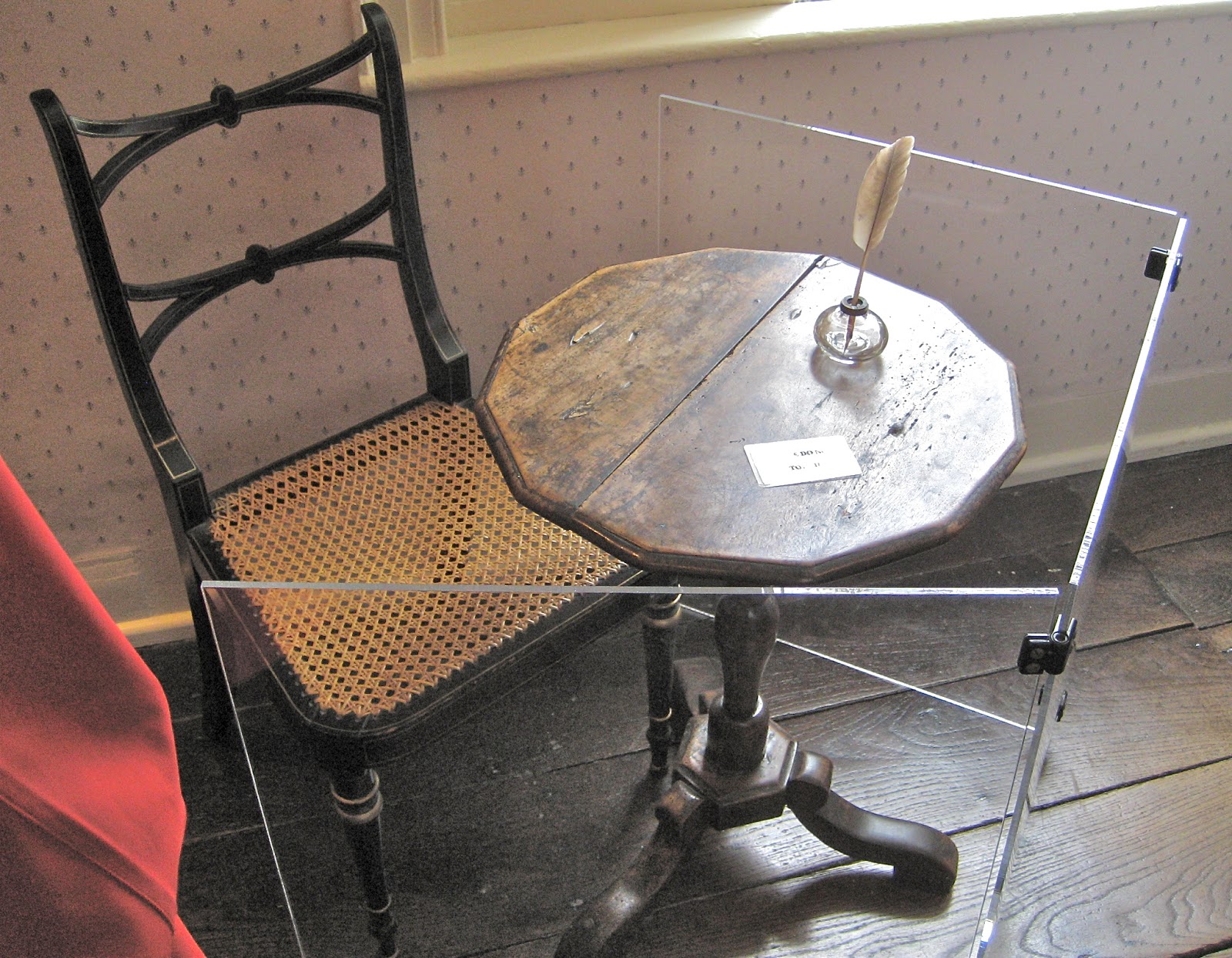 On Saturday, November 1, at 2 pm, at RiverRead Books (5 Court St., Binghamton), we’ll be discussing Jo Baker’s recent novel Longbourn at our All Hallows meeting. Longbourn is a fascinating retelling of events in Pride and Prejudice from the Bennets’ servants’ point of view. Most of us, in reading P&P, never gave a second thought to the question of who had to wash Elizabeth Bennet’s muddy petticoat--but someone had to! We'll use the novel as a basis for discussing Regency-era servants, their duties, and their pay.

Plans for the Christmas/JA’s birthday meeting are still in the works. We hope to have more details by the time of the Michaelmas meeting.
Posted by Jane at 12:30 PM 1 comment: