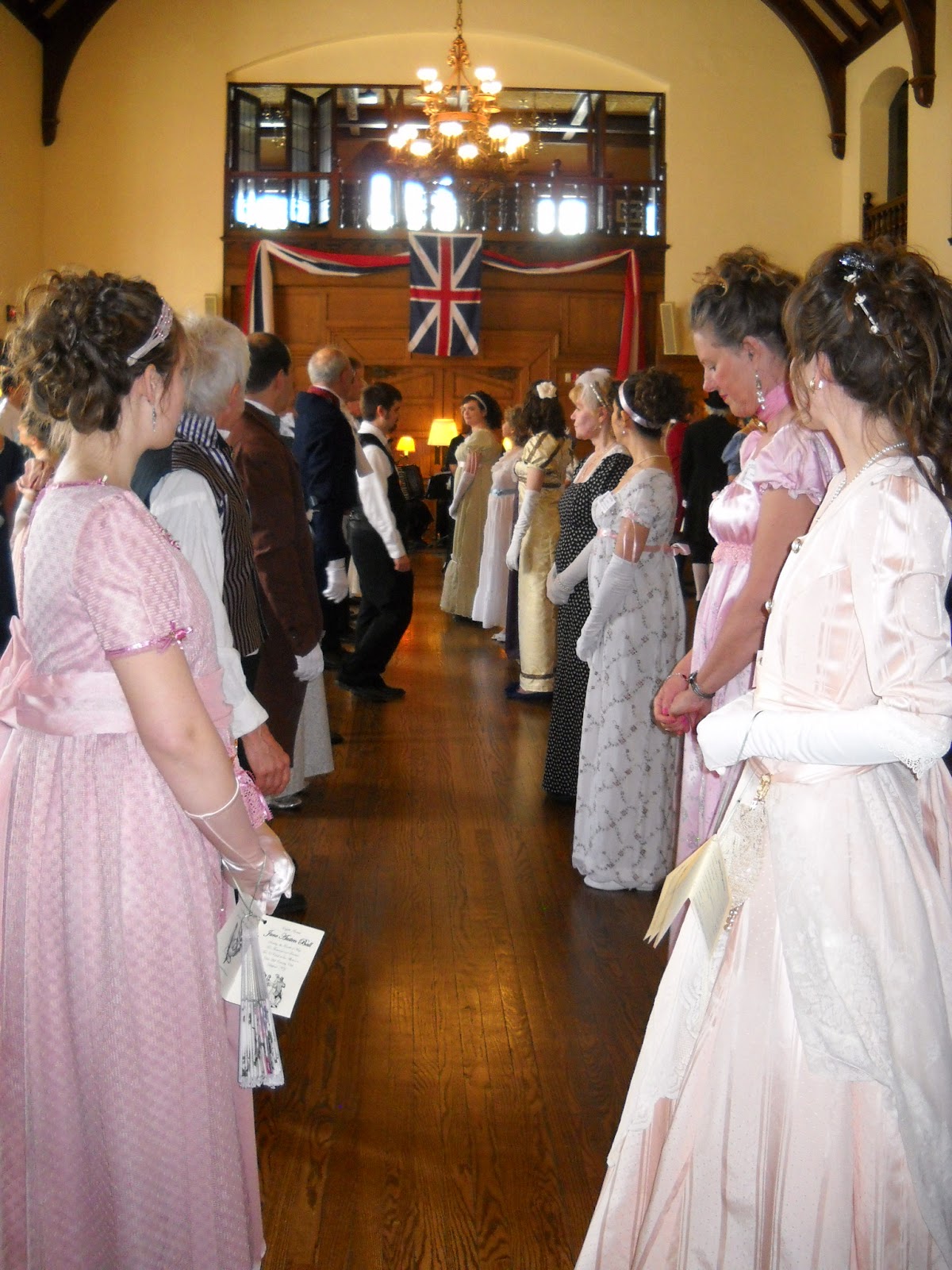 Richard Sauvain, registrar for the annual Jane Austen Ball in Rochester (co-sponsored by the Country Dancers of Rochester and JASNA Rochester), writes:

This is just a note to let those who have attended the Rochester Jane Austen Ball Weekend in previous years know that the 2015 Ball is coming up soon.  It's earlier than usual this year, on April 25 and 26, 2015.

As usual, the weekend starts on Saturday with an afternoon practice session for all and an experienced dance in the evening.  On Sunday, another practice in the morning, a relaxing luncheon, and the Ball itself in the afternoon.  You can see all the details (and a great picture of last year's Ball) on the CDR web site.

As I write this, we're over 2/3 full, with room for only 24 more dancers, so it you're thinking of coming, register soon.  Registration can be done online using PayPal, or by US mail.

And we add a few more details: The space limitations Richard mentions don't apply to observers; the number of observer tickets, including a lavish tea (and a buffet lunch before the ball, if desired), is unrestricted. The Ball's location will be the private country club near Rochester that has hosted the occasion for the past several years; details and directions are available upon registration for the event. Regency dress is encouraged (as you can see from the 2014 Ball photo above) but not required. CDR and JASNA Rochester hope to see you there!
Posted by Jane at 9:57 AM 2 comments: 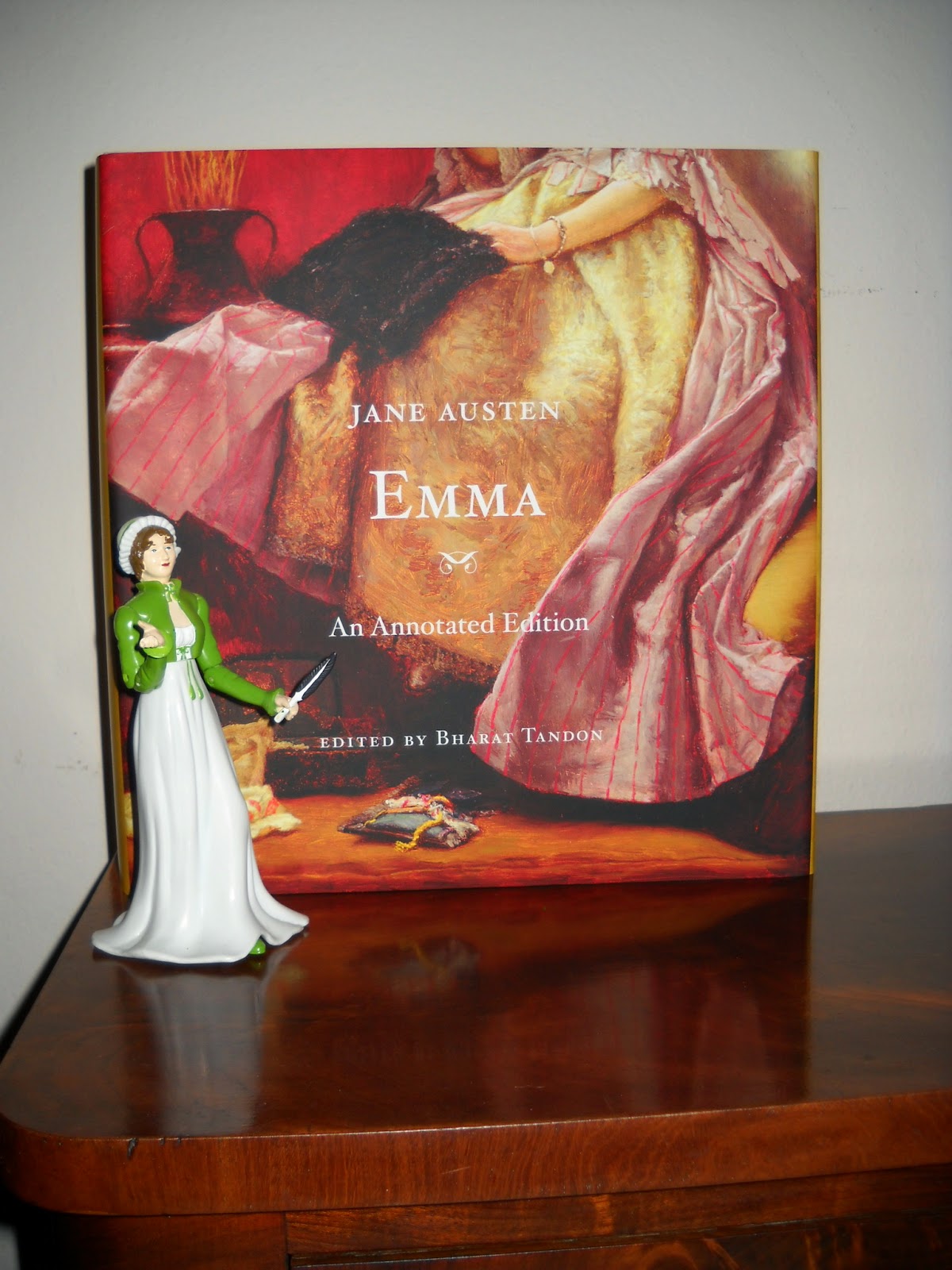 Here’s a reminder of our JASNA Syracuse/Jane Austen Book Club of Ithaca joint meeting this coming Saturday, March 7, at 2 pm, at the Crow’s Nest Cafe on the second floor of the Autumn Leaves Bookstore, 115 The Commons, Ithaca.

This will be our JASNA Syracuse Lady Day meeting, although it's a bit early for Regency-era Lady Day, March 25--an important day for hiring or dismissing servants and transacting other business during Jane Austen's time. (It was also the traditional start of the agricultural year, although here in Central New York, we can only dream as yet about planting our gardens!)

Our topic will be Emma--Jane Austen's fourth published novel, and widely considered her most perfectly crafted one, with a couple of "hiding in plain sight" romantic mysteries at its core. At the same time, the character of Emma herself has generated controversy ever since JA herself described her as "a heroine whom no one but myself will much like." And some of the supporting characters have become topics for debate themselves. Do you like Emma, or want to put her head through the wall? Does Miss Bates talk too much even for us? Is Mrs. Elton as insufferable as Emma thinks she is, or can a little sympathy be raised for her? And how soon can you claim to have guessed the secret of the overly reserved Jane Fairfax and her mysterious piano? Come prepared to discuss these and other issues!

Finally, we pass along two requests from our hosts for this meeting, the friendly “pirates” of the Crow’s Nest Cafe: Please don’t bring “outside” food or drink into the cafe, and we need to keep our voices to a conversational level, since the cafe shares open space with the rest of Autumn Leaves. We heartily encourage you to purchase food and beverages from the “pirates”--and if we refrain from emulating Miss Bates, we should be able to abide by the other request!
Posted by Jane at 2:41 PM 1 comment: