"Seasonal Gaieties" in the Syracuse and Rochester Regions 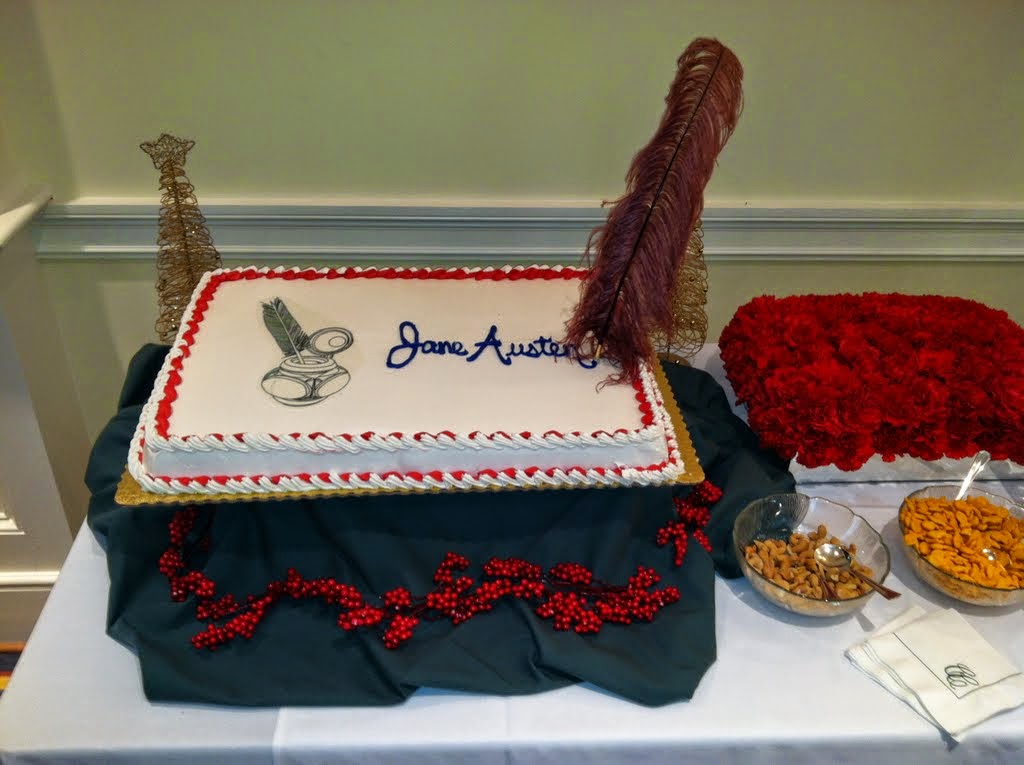 To paraphrase Miss Bingley (but with much more warmth than she extends to poor Jane Bennet), “We sincerely hope your holidays in Upstate New York may abound in the gaieties which that season generally brings.” And, indeed, JASNA Syracuse and JASNA Rochester will be generating some of the gaieties--for Jane Austen's 239th birthday, as well as the traditional winter solstice celebrations!

On Saturday, December 6, at 2 pm, in the Community Room of the Hamilton Public Library (13 Broad St., Hamilton), JASNA Syracuse will join the JABC-CNY of Hamilton for a joint Christmas/Jane Austen's Birthday meeting. Last year's cookie potluck in Hamilton was such a success that we'll be repeating it this year: Each guest is asked to bring a dozen or so cookies (which needn't necessarily be homemade; remember, Martha Stewart won't be attending!) to share. We'll also lift a glass of tea or lemonade in a traditional birthday toast to Our Author (beverages will be provided). And let’s relax with an informal discussion of "Jane Austen in the News": Come and "have your share of the conversation" on any of the many news stories in which JA has figured in the last couple of years. (The 10-pound bank note? The turquoise ring? The various possible portraits of Our Author? Even, heaven help us, the upcoming movie version of Pride and Prejudice and Zombies? The list could go on and on!)

And on Saturday, December 13, beginning at 10:30 am (note the earlier-than-usual start time), JASNA Rochester will hold its annual Jane Austen’s Birthday Luncheon at the Chatterbox Club, 25 North Goodman Street, Rochester. The speaker will be Deborah Knuth Klenck, Professor of English at Colgate University and a Syracuse Region member. Deborah will give her talk, "Jane Austen's School of Rhetoric: Style, Substance, and 'Delicacy of Mind,'" before lunch.  (Deborah is shown below with her son, Ted Scheinman, at the Regency banquet held at JASNA’s Annual General Meeting in Montreal in October.) 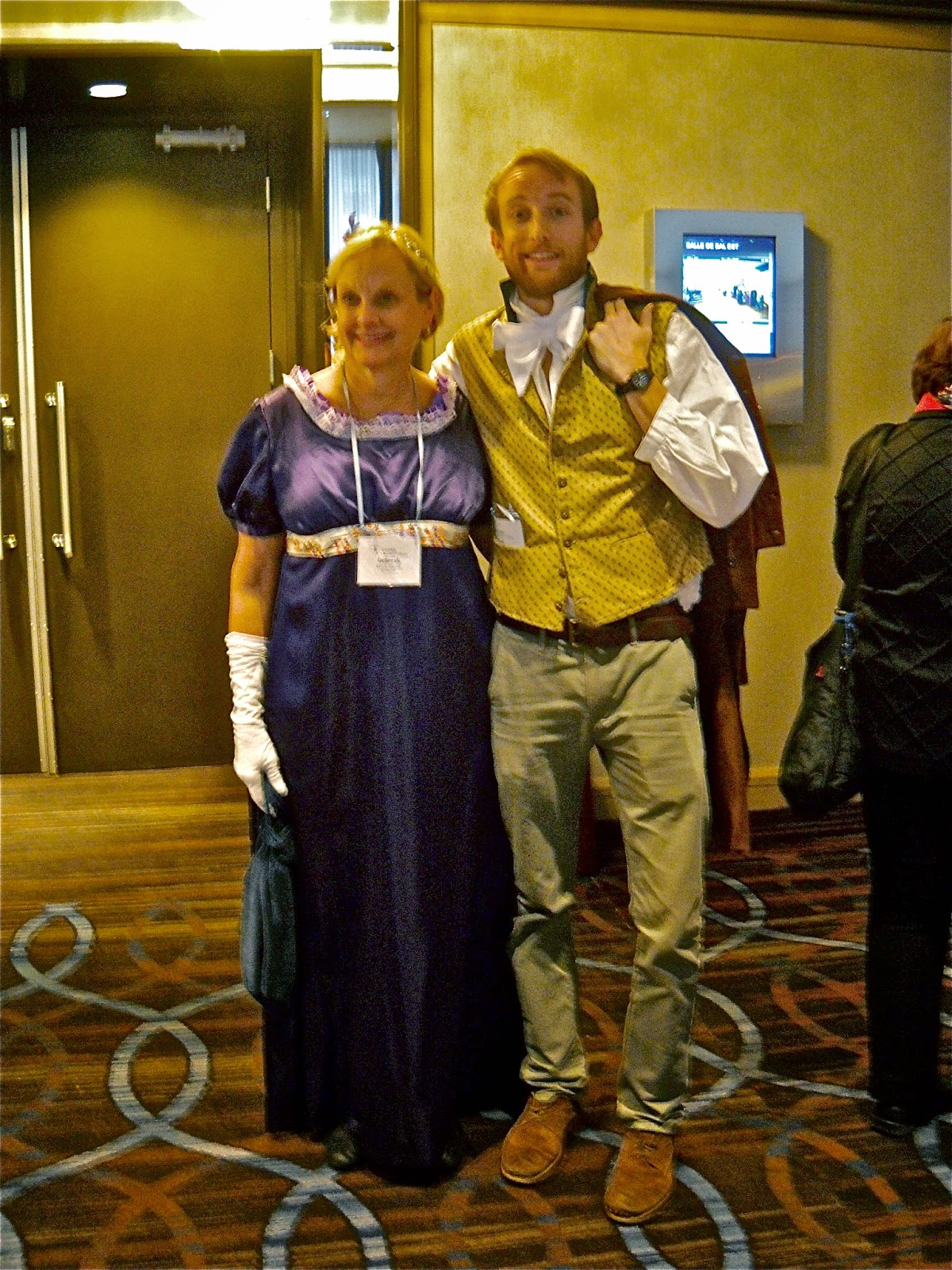 The cost of the December 13 luncheon--which will feature squash/ginger soup, turkey salad, the Chatterbox’s famous popovers, and a birthday cake with ice cream--is $27. Registration is required, but will be accepted until a week before the luncheon. To receive a registration form as a Word document, please contact either A. Marie Sprayberry or Lisa Brown (see “Contact Us” in the right-hand column).

So do plan to join your fellow Central and Western New York Janeites at one or both of these holiday gatherings. We look forward to seeing you!