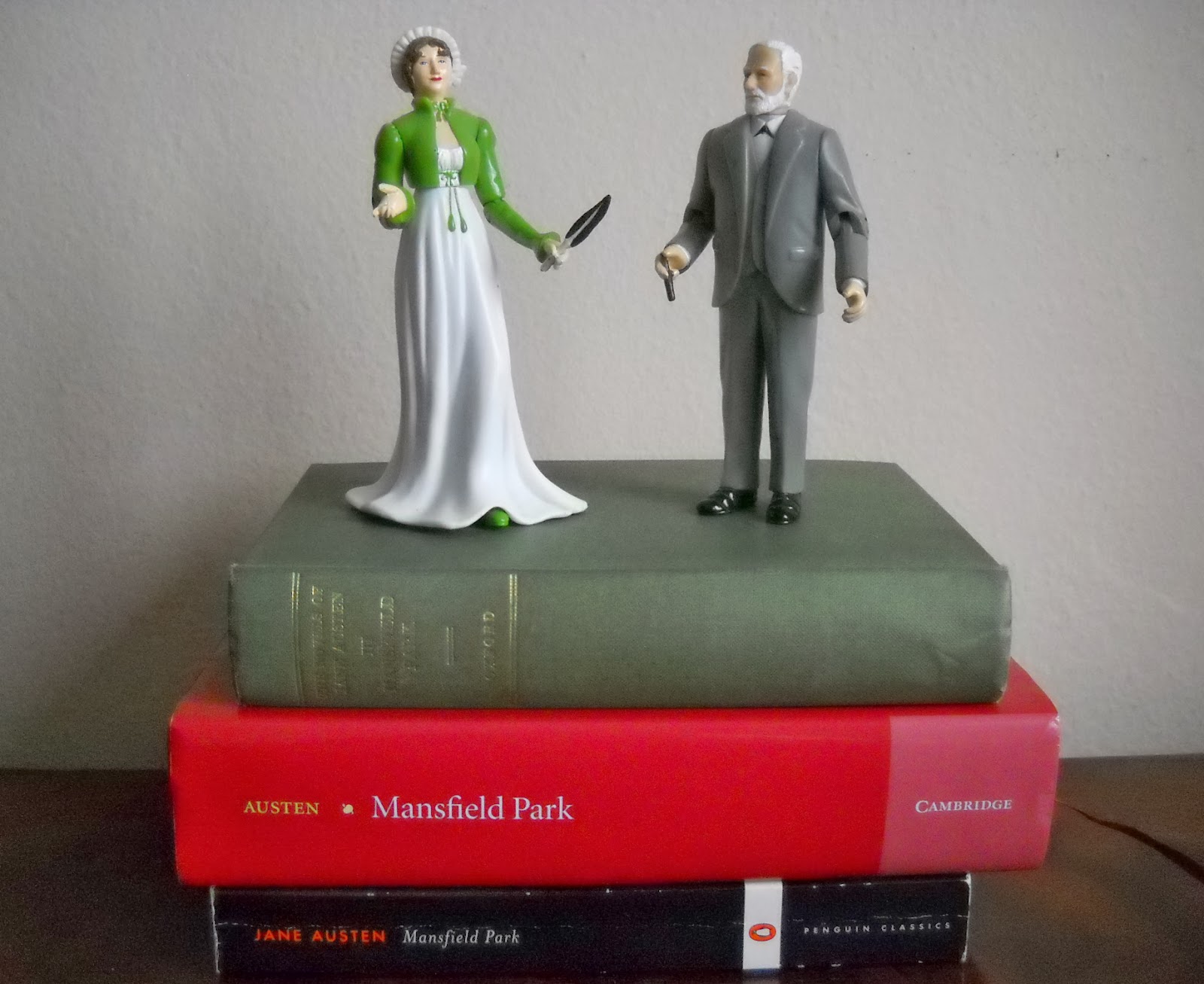 On Saturday, February 1, at 2 pm,  in the Sargent Room of the Liverpool Public Library (310 Tulip St., Liverpool), our Candlemas meeting will be devoted to two midwinter diversions: an “Argument Clinic” on Mansfield Park, and a book swap!

2014 is the 200th anniversary year for Mansfield Park--which has always been Jane Austen’s most controversial novel. So, taking our cue from the old Monty Python “Argument Clinic” sketch, let’s hold an “Argument Clinic” on MP (though a much more courteous one than the Pythons’ session becomes!). Love Fanny Price or hate her? Want to take Mary Crawford out to dinner or hang her out to dry? Can anything positive be said about Henry Crawford--or, for that matter, about Edmund Bertram? What’s wrong with putting on a play at home, anyway? And so forth!

(In the photo above, Action Jane Austen is having her own "Argument Clinic" with Action Sigmund Freud. Can you imagine the conversation Miss Austen and Dr. Freud might have about Mary Crawford's "Rears and Vices" joke?)

To chase the February blues away even further, we plan a book swap. If you can, please bring at least one book to the meeting with you to donate to the swap; it needn’t be Austen-related, but it should be of potential interest to our members and guests. And plan to take away at least one book! Any books left over at the end of the meeting will be donated to the Liverpool Library for its book sale.

On Saturday, March 8, at 2 pm, in the Crow’s Nest Cafe of Autumn Leaves Bookstore (115 The Commons, Ithaca), we’ll join forces with the Jane Austen Book Club of Ithaca to discuss “Theatre and Performance in Mansfield Park.” (More about those home theatricals...plus the playing of roles in “real life” in the novel.)

And on Saturday, May 10, at 2 pm, at RiverRead Books (5 Court St., Binghamton), we’ll talk about Austen’s treatment of the clergy in her work in general--and in Mansfield Park in particular.
Posted by Jane at 12:49 PM